What is the Internet of Things (and why does it matter)? 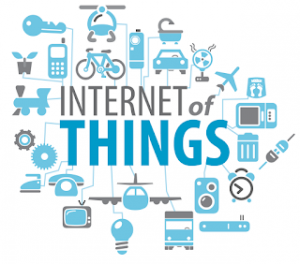 The Internet of Things (IoT) is a system of interrelated computing devices, mechanical and digital machines, objects, animals or people with unique identifiers. They can transfer data over a network without requiring human-to-human or human-to-computer interaction.

The internet of things (or as it’s also known, IoT) isn’t new: tech companies and pundits have been discussing the idea for decades, They unveiled the first internet-connected toaster at a conference in 1989.

At its core, IoT is simple: it’s about connecting devices over the internet, letting them talk to us, applications, and each other. The popular, if silly, example is the smart fridge: what if your fridge could tell you it was out of milk, texting you if its internal cameras saw there was none left, or that the carton was past its use-by date?

Where it’s most common, in Britain at least, is home heating and energy use – partially because the government is pushing energy companies to roll out smart meters. They have smart functions that let you turn on heating remotely. Set it to turn down the temperature if it’s a sunny day, and even turn off when there’s no-one home. Some can tell the latter with motion-sensing cameras, or just by seeing that your smartphone has left the premises.

IoT is more than smart homes and connected appliances. It scales up to include smart cities. Think of connected traffic signals that monitor utility use or smart bins that signal when they are full. Industry, with connected sensors for everything from tracking parts to monitoring crops.

Why does it matter? The government encourages energy companies to provide us with a Smart Meter because they are more efficient and use less energy. Many areas of IoT show such benefits, though some smart gadgets are more about whizz-bang effects than efficiency.  The result of this may suggest why we see more smart heating than smart fridges in the UK. (source The Guardian )

Worldwide spending on IoT forecast to reach $772 billion in 2018

Hardware largest technology category with $239bn on modules and sensors
By 2021, 55% of expenditures on IoT projects will be for software and services
Manufacturing currently leads spending with $189 billion
The Asia Pacific tops the regional spend with $312 billion
(Source: TelecomTV.com)

“By 2021, more than 55 percent of spending on IoT projects will be for software and services,” said Carrie MacGillivray, VP of IoT and Mobility at IDC. “Software creates the foundation upon which IoT applications and use cases can happen. However, it is the services that help bring all the technology elements together to create a comprehensive solution that will benefit organizations and help them achieve a quicker time to value.”
Regarding vertical market adoption, the industries that are expected to spend the most on IoT solutions in 2018 are:
manufacturing: $189 billion
transportation: $85 billion
utilities: $73 billion

IoT spending among manufacturers will primarily focus on solutions that support manufacturing operations and production asset management. In transportation, two-thirds of IoT spending will go toward freight monitoring, followed by fleet management. Smart grids will dominate IoT spending in the utility industry for electricity, gas, and water. Cross-Industry IoT spending – which represents use cases common to all sectors. Connected vehicles and smart buildings will be nearly $92 billion in 2018. They will rank among the top areas of spending throughout the five-year forecast.

This site uses Akismet to reduce spam. Learn how your comment data is processed.